At this point exploring our site you’ve probably seen a lot of nice verbose rhetoric with plenty of adjectives describing how attractive we think Japanese stocks are.  If you are as skeptical as I am though, you’d think that’s a load of BS until we substantiate it with some data and logical arguments.

We did introduce an argument in our first article and About page where we said there is no natural buyer for Japanese stocks, but until now, that’s been about it.  Not very compelling.  This article will attempt to introduce the case for Japan.

Two things are required to really know something:

These two elements can be likened to science and philosophy.  When you’ve got a theory or investment thesis that both makes sense logically and is supported by data, that’s compelling.  That’s as far as I’ll go with the abstraction, but the reason I say it is that is how I will organize my substantiation for the investment thesis on Japan.  Logic and data.

Investing is a pari-mutuel game.  It’s about people and their opinions.  That makes examining those people which are our counterparties and, collectively, form Mr. Market worthwhile.  In the case of Japan, Mr. Market is universally apathetic or even pessimistic on Japanese stocks.

Again, we’ve already introduced this argument but I’ll copy it again below:

After over a quarter century of stagnation combined with concerns over a declining workforce and a large government debt burden, there is almost universal disdain today among foreign investors for Japan.

At the same time, conservatism has been ingrained in the culture of the Japanese, leading to very high savings rates, but most of that savings is directed to cash, insurance, and government bonds, not equities, and those adventurous few among Japanese investors willing to put money in equities are largely technical traders.  80 years since Ben Graham propounded concepts like intrinsic value and Mr. Market, value investing is still surprisingly uncommon in Japan.

Thus, there’s no natural buyer inside or outside Japan.

I’ve been making a point to read English news on Japan in the Financial Times, Reuters, The Economist, Barron’s, and Seeking Alpha and nearly all of it seems focused on macro stuff like:

Of what little news there is that actually focuses on Japanese stocks, it seems to discuss the bubble a quarter century ago and how stocks have moved since, and doesn’t really go beyond that.

It seems crazy to me that Japanese stocks are as cheap as they are, but no one wants to talk about that.  I guess it’s not that exciting a story.

In 2016, I can only remember one article that really offered meaningful insights focused on Japanese stocks.  It was a January or February article in FT that focused on the cash building up on Japanese companies’ balance sheets and a 5-year trend of companies increasingly deploying that cash via share repurchases and dividends.  I can’t seem to find the article now, but here are a few charts:

The point is that the media and investment community are asleep at the wheel.  The valuations of Japanese stocks seem to suggest Mr. Market underappreciates them, but when we actually look at what Mr. Market is saying, this totally confirms that.

This is all anecdote, but when I go searching for cheap stocks in the US today, I could and have gone through a screen of all the stocks trading under book value and come away with like 1 so-so idea.  In Japan, it seems like you run a screen and the 3rd name you dig into looks really interesting.  It just seems much easier to find good ideas in Japan, and that suggests to me that there are much more of them.

To illustrate, I timed myself to see how long it would take to find something interesting from scratch.  Go. 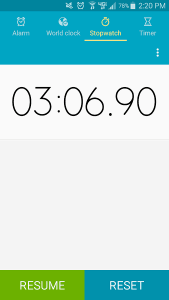 First stock on screen. Apple International (2788).  Haven’t heard of the business but looks like they do some stuff with, uh, cars:

Stock is trading at 52% of NCAV and has a 2.9B JPY enterprise value against 4.4B of operating profits generated since 2008, or EV/avg. EBIT of about 5.9x.  I am not sure if this stock’s a buy, but it certainly looks interesting and worthy of more than just a quick look.

For the academics, skeptics, and empiricists out there, I’ll now start presenting more rigorous evidence that Japanese stocks are cheap.

If the US and Japan were both trading at average aggregate valuations compared to the global universe, we’d expect 16.5% of those 1890 names or 312 to come from the US and 9.7% or 183 to come from Japan.  Instead, just 97 or 5.1% come from the US and looking through the list, many of these are Chinese reverse merger frauds.  And 610 or fully 32% or almost 1/3 come from Japan.  Very few of the Japanese names are Chinese frauds.  In my experience, fraudulent Chinese listings are limited to non-existent in Japan, unlike US, Germany, Hong Kong, Singapore, UK, Canada, etc. where they abound.

Because just 1.6% of listings in the US trade below the criteria mentioned above or are “cheap stocks,” while 16.8% of listings in Japan are cheap, it seems to me that Japan is a far cheaper market than the US and ripe with opportunities for value investors.

Here’s a table summarizing the results:

NYU Stern Professor Aswath Damodaran has some really helpful valuation data on equities by country.  We’ve included this in our resources page.

The table below just shows the world’s largest markets by number of firms and conditional formatting has been applied so that countries that have lower aggregate valuations (“are cheaper”) on a particular valuation metric are more red in those boxes, and vice versa for green.  So when I look at Japan I want to see lots of red and, oh look:

Red.  Japan trades at just 1.08x sales and 1.32x book.  The US is more than double Japan on those numbers and certainly looks very green.

Japan’s close neighbor and former colony, South Korea, also looks very cheap here.  The problem is that South Korea is extremely difficult to trade directly on as a foreign investor.  Foreign investors only really have access to ADRs and GDRs of the largest South Korean firms and ETFs, which are also dominated by large cap stocks.  That’s problematic because these stocks aren’t nearly as cheap and there aren’t nearly as many of them as small / microcaps.  I’ve looked at the big South Korean firms.  Some look interesting but none are nearly as cheap as what can be found in the left of the market capitalization spectrum in Japan, which is easy to trade directly even for small investors with a retail broker like Interactive Brokers.

When I say relative basis I mean that we’re looking at the same valuation data, but instead of comparing say, the US’s 2.73x P/B to Japan’s 1.32x, we’re comparing Japan’s current P/B to its historic average and US to its respective historic average, with the idea that market conditions, economic prospects, costs of equity, etc. are different between markets.  Even looking through the data through this alternative lens, Japan still looks very cheap: The graphic comes from an article in the Telegraph.  It seems they compared all of the countries’ current P/E, CAPE, and P/B to their historic averages.  Not sure how many years went into that average but I’d hope at least 20-30.  Japan looks to be below average on all three metrics.  Interesting that the US was found to be expensive as well.

Don’t take my word for it (or anyone’s for that matter).  Look at the numbers and think about the premises in my argument.  I believe Japanese stocks are cheap and in this post I’ve tried to begin introducing some empirical and logical evidence of that thesis.  I hope you find it helpful!

Look for our next post next week.  It will (finally) highlight an investment opportunity in Japan that we own and have conviction in.  It may be easier if you subscribe to email updates using the box on the right or use our RSS to add us to your blogroll.