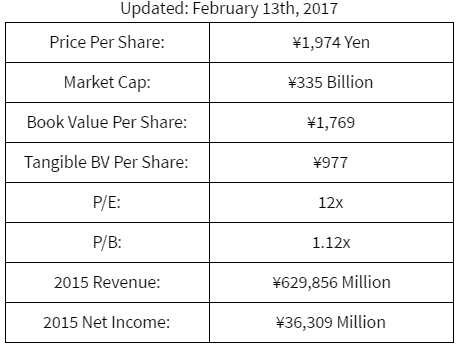 In 1917, Yokohama Rubber was founded as a joint venture between Yokohama Cable and BF Goodrich. From day one, Yokohama Rubber’s focus has been on tires. Today, they primarily produce car, truck, and motorcycle tires. Additionally, Yokohama Rubber has recently entered the off-highway and industrial tire market by acquiring Netherland-based Alliance Tire Group. Along with developing tires, Yokohama Rubber has researched and developed various applications for rubber: Rubber hoses (marine, construction machinery, hydrogen refueling station, etc), conveyer belts, various adhesives, etc. They lump all of their various rubber applications into a business segment called “Multiple Businesses” (MB). Most of these rubber applications are tied to the automotive industry.

Over the past decade or so, the tire manufacturing industry has witnessed multiple new entrants (mainly from China) and strengthening existing competitors from SE Asia. Some of the newer top competitors are: Cheng Shin (Taiwan), Zhongce Rubber (China), and GITI (Singapore). Many of the smaller new entrants have largely been competing for low to mid tier tires on price – see this link for a list of global tire manufacturers’ market share. High performance and industrial tires tend to require greater technological capabilities and the newcomers have not established their presence in the scene yet.

According to Bridgestone/Tire Business, the global tire industry grew from $101,000M of sales in 2005 to $160,135M of sales in 2015; a compounded annual growth rate of 4.7%. Here is what global market share distribution looks like: As far as product quality goes, Consumer Reports published a useful brand ranking chart based on their own testing at the end of 2016. The functions tested were: “…braking, comfort, handling, hydroplaning, noise, snow traction, and other important areas”: Yokohama is the 8th largest tire manufacturer in the world. However, if we take a closer look at the Japanese market, it starts to make sense that not very many people have heard of Yokohama Tire outside of Japan:

Yokohama is about as “middle class” as it gets in the tire industry. As the newer entrants have eaten up a sizable chunk of the low to mid tier tire market, Yokohama has several strategic initiatives in place to differentiate their tire business:

Although Yokohama has had OE business (tires sold to OEM for new cars) in the past, it has not been the core focus of their tire business. Over the last couple of years, Yokohama management has shifted focus from the aftermarket business to OE business – particularly on increasing market share with non-Japanese OEMs. 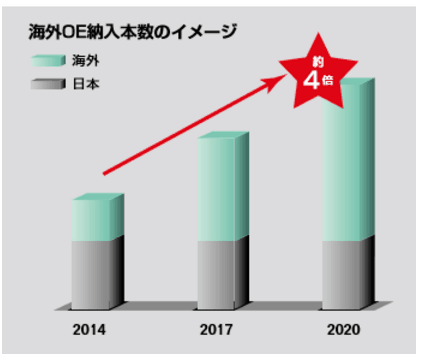 The green portion represents non-Japan OE business and the grey portion represents Japanese OE business. While the management team has not given information to make too much sense out of this bar chart (like what percentage of revenue comes from OE business vs. aftermarket), they do mention that their goal is to obtain 10% global market share in OE business by 2020. Judging by the bar chart progression, that tells us that Yokohama has about a 5% market share as of 2014, assuming new car volumes remain constant between 2014 and 2020.

Yokohama is focused on localizing its manufacturing – they want most of their manufacturing to happen where their products are being sold. In building their global production and distribution network, Yokohama focuses on two markets: Yokohama’s specialty markets (Japan, Russia) and the largest global markets (US, EU, China). Yokohama acquired a Netherland-based Off-Highway/Industrial tire manufacturer called Alliance Tire Group (ATG) in 2016 for approximately $1.1B. In 2015, ATG generated $529M in revenues for an operating profit of $95M. 91% of 2015 ATG sales came from the US and Europe, which serves as a nice market entry point for Yokohama. ATG largely serves farming, industrial, forestry, and bus/truck customers: 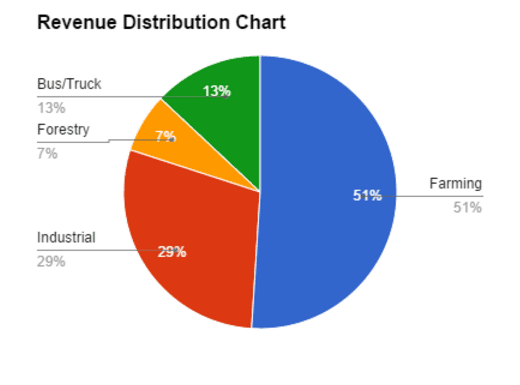 Revenues have grown steadily from 2011 onward: 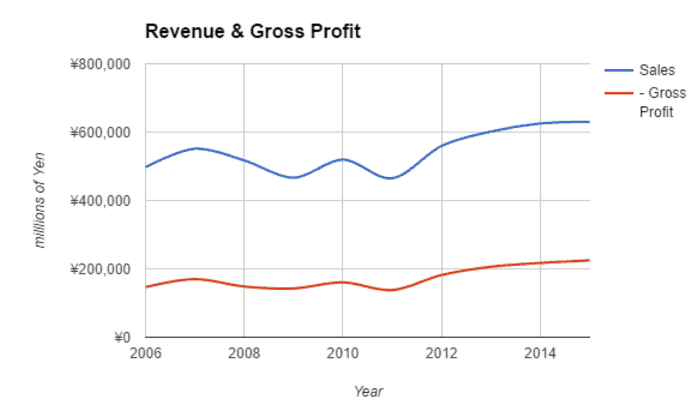 Yokohama has steadily increased shareholder equity over the past 10 years, with the exception of 2008 (no real explanation needed there). Here is what Yokohama’s balance sheet is working with: 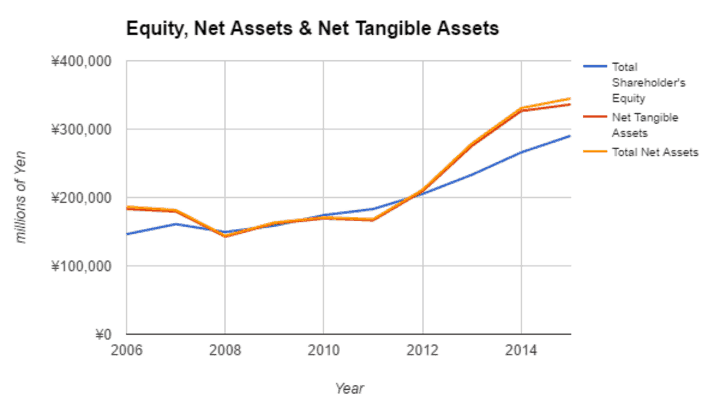 The chart covers until YE 2015. With the recent ATG acquisition, Yokohama’s current balance sheet looks quite a bit weaker:

Here are some key data points: 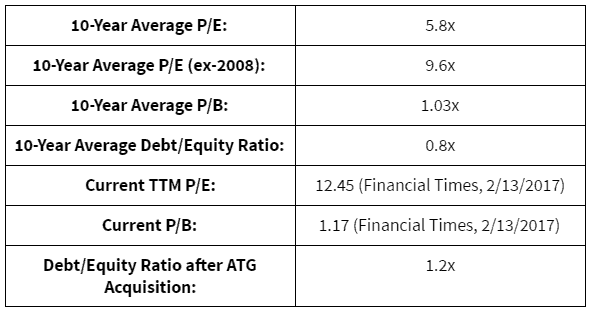 The P/B ratio is probably a better reference point than the P/E ratio in determining Yokohama’s value, mainly because the P/B ratio has remained rather stable and earnings have fluctuated quite a bit over the past 10 years. Given that Yokohama meets their 2017 target without making another large acquisition, I’ll assume that Yokohama reports net income of 45B yen, which will probably put book value at roughly 320B yen at the end of 2017. I consider this an optimistic scenario. Applying historical average P/B ratio to this scenario, per share values of Yokohama will look something like this:

A moderately pessimistic scenario will probably put Yokohama at about a 15B yen net income (10-Year Average is 21B Yen), which will put book value at roughly 295B yen at the end of 2017. Given this scenario, per share prices would look something like this:

Since Yokohama is not “exceptional”, but rather middle-class in terms of company quality, I believe Yokohama only becomes an interesting investment opportunity at 1,400 yen per share (extra 20% or so cushion vs. moderately pessimistic scenario for protection). Directionally, Yokohama is making a lot of right moves (industrial tire market expansion, production capacity expansion, OE market focus), so I don’t believe that they are particularly expensive at today’s 1,974 yen per share price either.

Overall, Yokohama management is moving the company in the right direction, focusing on improvement areas that are difficult for newer competitors to effectively compete in. The price paid on the recent ATG acquisition is a little bit concerning, but it is too early to tell how well Yokohama can execute their M&A strategy. While I am optimistic about Yokohama’s future, Yokohama is nevertheless a very average company with a slightly above average price tag. I would consider revisiting Yokohama’s investment case at around 1,400 yen per share (vs. current 1,974 yen per share).