Fujisan Magazine Service (TSE: 3138) operates an online magazine shop called “Fujisan.co.jp”. The company helps over 1,200 publishers build an online presence with a focus on magazine subscriptions, both in paper and online. Currently, Fujisan Magazine Service tops the Small Cap Japan Magic Formula Stocks list with a ROC of 1,421% and an Earnings Yield of 29%. Current EV/EBIT is at 3.7x, adjusted EV/EBIT is at 8.5x (more on that later).

How publishing works in Japan

From a western view, an online magazine shop is nothing novel. However, the same isn’t true in Japan. Most people purchase magazines at a physical book store and rarely sign up for a subscription. This is largely attributable to the way Japan’s publishing industry is structured, and the structure is changing rather quickly in recent years.

The structure itself is both simple and common: 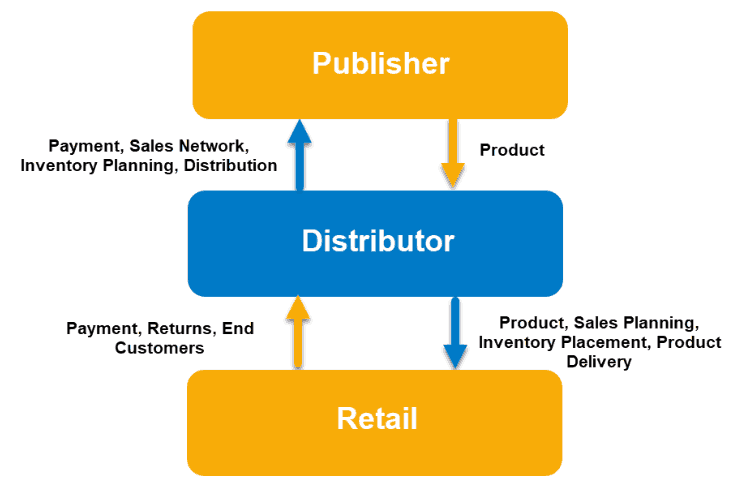 First, here are two key points to keep in mind about publishing structure in Japan:

These two points are important. Essentially, this allows book stores to have a wide variety of books without worrying about inventory risk or price competition. The downside of this is the amount of returns, which amounts to 40% of all books in recent years.

As you might imagine, physical bookstore count, along with sales, has decreased over the last couple of decades in Japan.

Needless to say, the industry is in a crunch. Now here are a few other pointers that’ll give you some more context:

The kicker here is that Amazon Japan, which used to go through Nippan, deals directly with publishers as of mid-2017.

Meanwhile over at Fujisan

Subscription agencies are commonplace in the US, but still new in Japan. And Fujisan is likely the first one in Japan. The company got its start in 2002 with an idea. Today, Fujisan handles over different 13,000 print and 3,600 digital magazines.

Earlier, I mentioned most Japanese people purchase magazines at physical bookstores and rarely sign up for a subscription. Meanwhile, physical bookstores are in decline and magazine sales have been hit particularly hard. Fujisan takes these magazines to build a subscription-based service where paper copies are mailed directly to homes and online copies are accessed through PC/smartphone/tablets. In addition to this effort, Fujisan comes up with other ways to monetize the magazines, like marketing and tie ups with ecommerce. This is where you get some of the playfulness in what is essentially a late stage startup – the company’s strategy is a twist on Abenomics and the three arrows. Here is what Fujisan calls “The three arrows of Maganomics”:

One major point to note here is that a disproportionate amount of Fujisan’s current business still deals in paper magazines.

Now, for more clarity on how the company actually operates today, let’s review the services Fujisan offers readers and publishers.

Fujisan effectively expanded the reach of the traditional print distribution model. Instead of delivering just paper copies to physical book stores, it also delivers to homes with the digital option. In addition to individual readers, Fujisan also handles institutional clients. An example would be medical offices (magazines in waiting rooms), coffee shops, etc.

Here’s how the company has performed over the last few years:

Fujisan Magazine Service discovered a niche opportunity in the publishing industry, successfully building a functioning, recurring, and profitable business model in magazine sales. The company was founded by Amazon Japan founder Shinichiro Nishino, who continues to lead the company with a personal stake amounting to 24.31% of issued shares. Extrapolating Fujisan’s current business forward, investors can expect a 5-year investment CAGR of 4.3%.

Does Japan Have A Silicon Valley?

Does Japan Have A Silicon Valley?